Red wine, in moderation, has long been thought of as heart healthy. The alcohol and certain substances in red wine called antioxidants may help prevent coronary artery disease, the condition that leads to heart attacks. We have always heard Alcohol is injurious to health and it is true. But if you love Drinking alcohol and still want to stay healthy then Red wine is the best option for you.

Whether red wine has any prominent health benefit is still a debatable issue. However, studies have shown that consuming a moderate amount of red wine, which has an alcohol content of 12% -15% on a daily basis helps in the prevention of a number of diseases including heart disease.

It should be remembered that there is a fine line of difference between moderate and excessive. Too much consumption of wine can be detrimental to health. On the other hand, too little of it would not give you the benefits usually enjoyed by the moderate drinkers.

Red wine, in moderation, has long been thought of as heart healthy. The alcohol and certain substances in red wine called antioxidants may help prevent coronary artery disease, the condition that leads to heart attacks. Any links between red wine and fewer heart attacks aren’t completely understood.

Increased shelf life, anti-aging, pain relief and cancer prevention have all been linked to red wine consumption. Moderate alcohol consumption has also been linked to a reduced rate of heart attacks. However, many studies have provided conflicting evidence about the effects of resveratrol, a compound found in red wine, and the benefits of drinking red wine.

Research suggests that resveratrol may not be the only compound with health benefits in red wine. In addition, polyphenols are also found in grape skin and may play a protective role in heart disease.

Is drinking red wine in moderation the answer to good health?

In a recent study, the effects of resveratrol on the immune response were examined. It was found that resveratrol activated Sirt1, which may enhance antioxidant and anti-inflammatory properties. Low doses of resveratrol were shown to rapidly stimulate T cells that could lead to the DNA damage response pathway.

The activation of p53 can lead to the expression of gene products that regulate cell metabolism and oxidative phosphorylation. Changes in CD4+ T-cell homeostasis resulted in increased amounts of gamma interferon. These data highlighted the role that stress plays in T cells and the metabolic changes that can occur.

Resveratrol can stimulate the metabolic reprogramming of T cells to improve the immune response. The use of resveratrol in the treatment of various diseases, including diabetes, cancer, and mental health should be further studied.

Resveratrol is a compound of polyphenolic plants, which has attracted much interest as a pharmacological agent due to its potential therapeutic effects against cancer, aging, and inflammation. However, many studies have produced conflicting evidence of resveratrol’s effects in different settings.

These data suggest that the use of resveratrol to treat various conditions should be carefully evaluated,  especially in an autoimmune setting.

Wine is good for you, & we finally know Why…

Wine drinkers are less prone to heart disease, diabetes, and dementia than non- wine drinkers. But what exactly is it about wine that keeps us healthy? Which is better for you, a California Cabernet or Syrah from the south of France? How can you choose wines that both suit your tastes and benefit your health?

In a landmark study, Roger Corder revealed that compounds called procyanidins are the key components of wine for preventing illness. Now, in The Red Wine Diet, he argues that drinking the right kinds of red wine and eating procyanidin-rich foods such as dark chocolate, apples, and berries can help us live to a ripe old age-while enjoying all the pleasures of life.

Corder’s own tests show that, as a result of grape variety, wine-making style, and other factors, some red wines contain much higher levels of procyanidins than others. With a unique personal rating system, he describes the most beneficial wines he’s found to date. And to round out his lifestyle plan, he includes fifty delicious recipes featuring foods that are high in procyanidins.

Corder’s prescription is an easy pill to swallow: Drink red wine every day and live a long and healthy life.

Red wine and its antioxidant, keys against coronavirus according to scientists

According to recent studies, resveratrol, an antioxidant found in red wine, peanuts, pistachios and dark skinned berries, may relieve the severity of Covid-19.

Scientists from Laval University (Canada), showed through a study, that resveratrol, a powerful antioxidant, increases the concentration of the ACE2 protein. This can be found in the tissues of the digestive system and the lungs, which is associated with a reduction in the severity of the acute respiratory distress syndrome that sometimes accompanies Covid-19.

Researcher Roman Zinovkin of the Laboratory of Molecular Biology at Moscow State University M.V. Lomonosov explained that, on the one hand, an increase in the amount of ACE2 increases the probability that the virus will enter the cell.

On the other hand, Flip Kopylov, a professor in the Department of Cardiology, Functional Diagnostics and Ultrasound at Séchenov University, said that resveratrol is one of the agents that affects ACE2 concentration, but that the tests have been done in animals and the effect in humans is not guaranteed to be the same.

An effect on the immune system

According to an article by Lucia Malaguarnera, a researcher at the University of Catania (Italy), the antioxidant has a suppressive effect on immune system cells, which is key to this research and causes a positive effect if breathing is difficult.

Red wines, which may vary in taste and color, are prepared by crushing and fermenting whole, dark-colored grapes. There are many varieties of red wine, the most common of which are Merlot, Pinot Noir, Cabernet Sauvignon, Shiraz etc.

Before consuming a red wines you need to know to almost everything about a wine. What are the negative and positive effects it can cause on your health because it is enriched with powerful anti-oxidants. Darker grapes are higher in antioxidants like resveratrol, epicatechin, catechin, and proanthocyanidins. Of these, resveratrol and proanthocyanidins are mainly responsible for keeping you healthy.

Red wines are known to lower the bad cholesterol in your system. According to a study, the high-fiber Tempranillo red grapes, used to make certain varieties of red wines such as Rioja, lower bad cholesterol levels.

Not only does it regulate the cholesterol levels, but also keeps the heart healthy. Polyphenols, a certain type of antioxidants present in red wines prevent unwanted clotting by keeping the blood vessels flexible. However, it should be remembered that heavy drinking damages the heart. 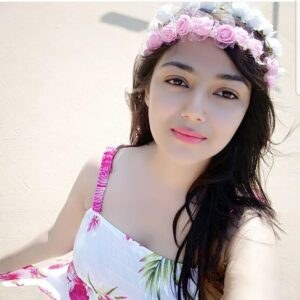 Hello! I am Pallabi Ghosh. I am an Actress, Model, Fashion Expert & Health Enthusiast & recently a Blogger. I have started writing to share all my knowledge & experience on Health, Beauty, Fitness and Fashion that I have learned these many years through my acting and modelling career.